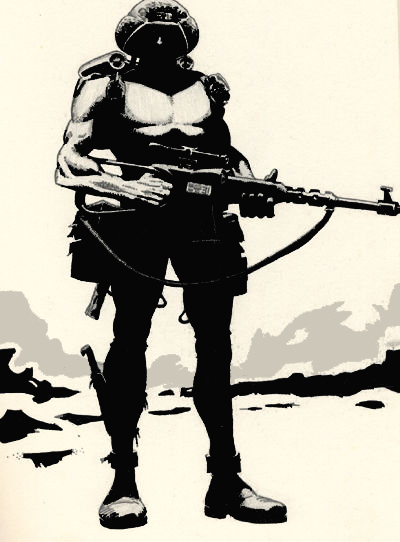 In homage to 2000AD's Rogue Trooper this fighter subclass excels at battlefield survival, having been genetically (or magically or whatever) engineered to survive the most hostile combat environments with a minimum of support.

Most player character Chem Rangers will be survivors of destroyed units and other failed schemes and so may have unique moral perspectives.  However their genetic makeup makes them likely to be very loyal to their immediate peers.

Chem Rangers have the following restrictions:

A drawback is that the Chem Ranger is obviously not from around here and may even be obviously artificial/non human having for example, blue skin, bearing corporate logos, a beastman* or even looking exactly like Rutger Hauer.

*See the excellent Rogue Trooper story arc 'Cinnabar' for some examples of genetic 'beastmen' that were less successful than the program that birthed Rogue.

Chem Rangers face the same restrictions as Ranger regarding possessions with the modification that a mount may be a personal vehicle. They prefer to carry light loads and are unlikely to carry more than four weapons.

Though Chem Rangers are disciplined they are not trained in the use of heavy armour. Light or medium armour only. 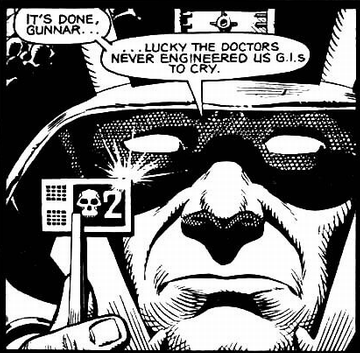 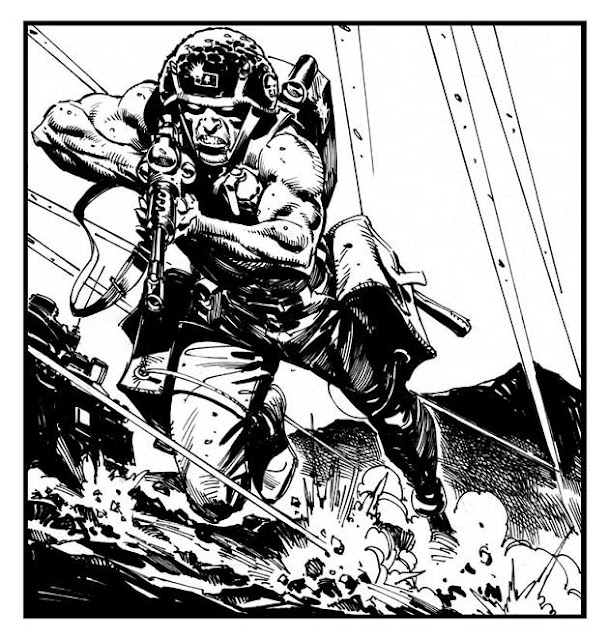 a fan work by Liveforfilms and an obvious derivative of the iconic 2000AD Prog cover art. Bottom 2 images by 2000AD.


This is obviously a fan work in tribute to the baddest 'GI' that ever walked Nu Earth.  No rights infringement or ownership intended.
Posted by Calum at 09:11 6 comments:

"SO SHINEY, SO CHROME!" War Boys for Labyrinth Lord / OSR

Wheels and Motaz Thinkun.
Tinker like skill as hear noise for thief of the same level - specifically for getting more out of cars. 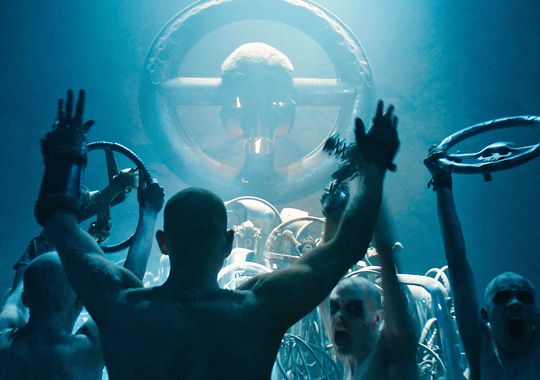 "So Shiny, So Chrome!"
A number of times per day equal to half level round up. +1 hit and damage and advantage on save verse fear.  Lasts until momentum broken.

"I live! I die! I Live again!"
The Warboy throws caution to the wind with an all out attack.  Hit and damage mechanics as backstab for thief of the same level, but it does not require surprise.  However, due to the compromising nature of the manoeuvre, something bad and obvious happens on a miss by four or more and save vs death on a 1. (Stacks with So Shiney So Chrome) 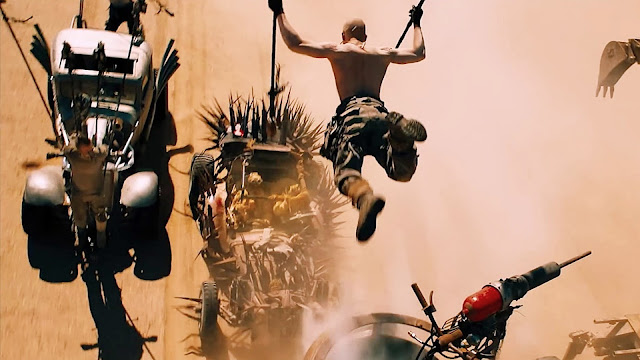 A javelin with a flask of oil on the end that explodes instead of burns. 2d4 blast to 5ft radius.